20th October 2020 By David Judge Comments are Off

How to give candidates the best interview experience 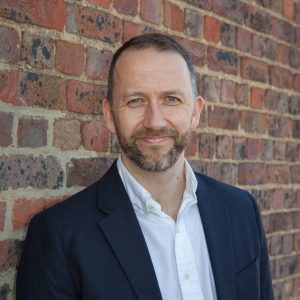 I don’t need to point out that the current market has fewer roles available and more candidates than ever applying for them. This doesn’t mean that hirers shouldn’t focus on making the candidate interview experience as good as it can be. In fact, now is a good time for hirers to examine their communications and processes to make sure everyone, even the unsuccessful applicants, comes away with a good impression.

The interaction with all applicants to any role is a real opportunity to show not only how great your business is, but also how you can be sympathetic to jobseekers, especially in difficult times. This can only enhance your reputation (as well as being a kind thing to do) and help you position your business as somewhere that people actively wish to join.

The secret to making the right impression is to properly map out your Hiring Journey. By doing so, you can be thorough, ensure transparency and fairness, and ensure that every experience each candidate has is a good one. Plus, it will draw out the processes to follow for those candidates who sometimes slip through the cracks – that is to say, the ones who aren’t successful this time.

My suggestions for a road map include the following:

When putting together information about a role you want to fill, remember that interviews are two-way processes. You will have a list of the skills, experience and attributes you would like your recruit to have. But your candidate will also have things they want to know and understand about you, their potential future employer.

It’s important to put together collateral to highlight all the reasons why someone would want to work for you. One of my clients has a brochure that includes recent examples of exciting projects the company has worked on in the technology innovations space. Another has put together a one-page overview which answers frequently asked questions and details their prominence in the marketplace. Others might have a dedicated area of their website, containing a hub of information for prospective employees, including filmed office tours, interviews with key Managers and talks about current and relevant project work being undertaken.

All of this will help inform your candidates about the context and environment in which they’ll be working – things that are difficult to cram into a job advert. A candidate able to access these kinds of tools will be able to put your on their wishlist, prepare well for interview, feel valued from the outset. You can really differentiate yourself here.

It should go without saying that there also needs to be an incisive and informative role description to attract a candidate. If this is all you have, giving some company information as well as highlighting the exciting parts of the role will go a long way to make it informative and attractive.

The interview itself is as much about a client selling to a candidate as it is a candidate selling themselves. If planned well, a first impression rally sets the tone for the interview. A Hiring Manager coming to greet the candidate, a brief office tour, an informal conversation on the way to the meeting room are simple steps, but all help to settle any nerves and give the candidate a good feel for how your business is run.

Other interview factors that help differentiate you to a candidate can include things such as:

The demeanour of the interviewers can really enhance the interview, building an environment where the candidate feels encouraged and empowered through positive body language, through demonstrating an attentive and interested style and through giving immediate feedback to points raised.

It’s not at all unusual for hiring managers to ask candidates to prepare a presentation on a subject related to the role. This is often a good idea but think about whether someone’s presentation skills are required for a role. If you need a programmer, why make them do public speaking at what is already a nerve-wracking time for them? If they’re no good at it, would it really preclude them from doing the role well? If you do request a presentation, make it a reasonable request, appreciate that the candidate will have put a lot of work into it, give it due consideration in the interview and provide full and useful feedback on it.

A lack of detailed feedback is a candidate’s most oft-cited criticism of an interview process. The number of clients who give brief and depersonalised feedback is shocking and reflects a real lack of care. Typically, clients will only conduct between two and four interviews for an average role. Therefore, time spent on providing feedback on the interviews won’t necessarily be huge, but regardless, it is time incredibly well spent.

Candidates will not always agree with the feedback given but they would rather receive personal feedback rather than a vanilla statement about there being a preferred candidate who was judged a stronger fit. Even if this is the case, the candidate will benefit from knowing in which areas their knowledge or experience was not as strong. If there was a weak answer that they gave, they will want to know so they can be better prepared for their next interview.

To me as a recruiter, candidates tend to give a very honest review of how they think they performed in an interview. Having that echoed by a client is satisfying, even if the outcome isn’t as hoped, because it means that the interview worked in terms of communications and establishing mutual suitability.

If the candidate was a very close runner-up and the client communicates how well they interviewed (a personal call from the Hiring Manager is always very well received), how difficult it was to choose between them and one other, then they will remain engaged in the client moving forward. We have had several cases where the client actually goes back to a candidate weeks or months after to re-engage with and ultimately hire them. They simply wouldn’t be able to do this if they hadn’t handled the original feedback well.

Stand out for the right reasons

Although it’s a buyers’ market at the moment, it won’t always be. It may not even be now if you’re looking for in-demand skills. Don’t forget, it’s very easy for candidates to share their experiences online – and not necessarily just with their own friends. Wouldn’t it be satisfying if they were talking about how great you were and how disappointed they are to have missed out this time, rather than being disgruntled and upset – with real reason – and warning others off?

Finally, it’s just courteous and kind to treat candidates well. Beyond any 5 star reviews you may receive for designing and executing a well-thought out recruitment process, your employer brand being admired and, of course, the successful recruitment of stellar talent, taking the trouble to be sympathetic, accommodating and helpful to all the candidates you come across during the process simply is a good thing to do.